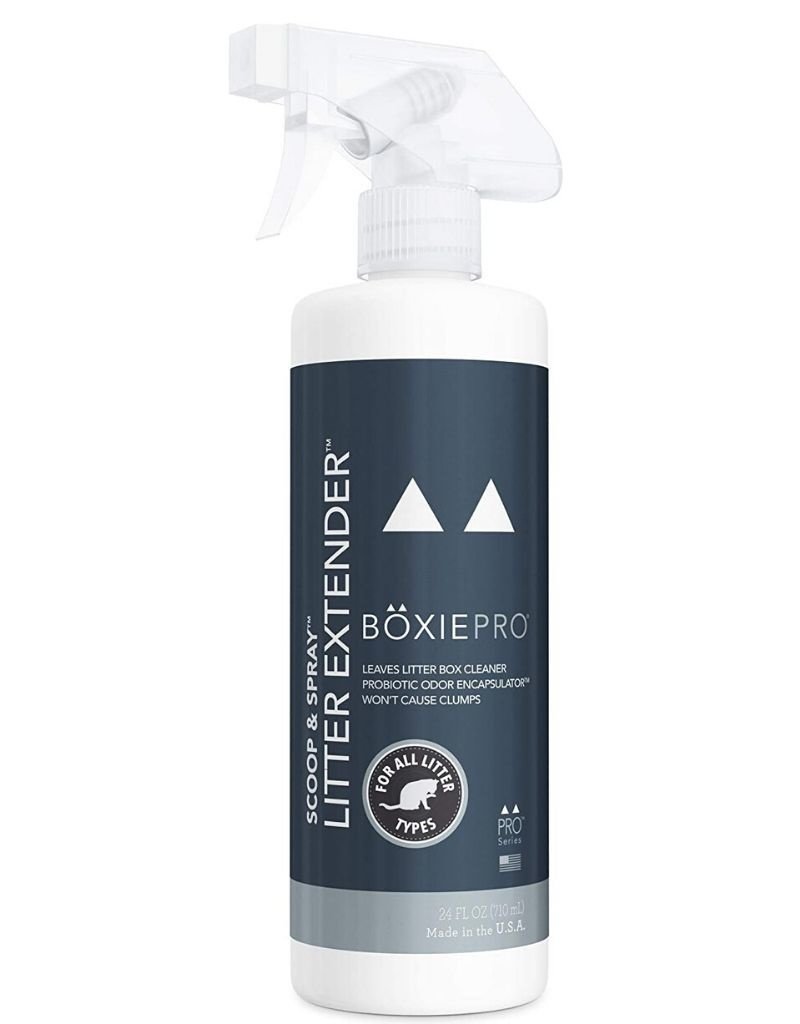 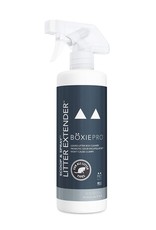 Spray Litter Extender every time you scoop to leave the litter box cleaner so you don’t have to throw out your litter as often. BoxiePro’s boosted blend of probiotics immediately target odors anytime waste is present. Litter extender contains an odor encapsulator to surround and block odors from escaping. As an added bonus, Litter Extender cleans your litter on a microscopic level 24/7, helping to reduce the spread of unseen waste to kitchen counters, beds, and other areas of the home. Cleaner Paws = Cleaner Home.

Add your review
0 stars based on 0 reviews
Brand:

Add to wishlist / Add to compare / Print
We use cookies on our website to give you the most relevant experience by remembering your preferences and repeat visits. By using our website you consent to use ALL the cookies, or you can visit "Manage cookies" to provide a controlled consent. Manage cookies
[powr-chat id="27aa96c6_1590526742"]